ERBUD Group enlists candidates for internships and apprenticeships in CS:GO

The construction tycoon continues initiatives aimed at esports fans and is the first company in Poland to offer internship and apprenticeship candidates the opportunity to conduct a recruitment interview while playing CS:GO. ERBUD’s involvement in this field is widely recognized in Europe. The company, along with the Gameset Agency, has just been awarded for the best gaming recruitment campaign in the IAB MIXX Awards 2022 competition.

This innovative recruitment process is addressed to students and graduates of technical faculties who are interested in internships and apprenticeships in the ERBUD Group. Candidates are offered a choice of an interview with a recruiter at the company’s headquarters, over the phone, via remote video conference, or, starting in May, while playing CS:GO. - We consider ourselves pioneers in various aspects. We want to set the tone for the construction industry, define trends, look for new, unusual solutions, and fully exploit the benefits of the potential of technology. Therefore, among other things, further exploration of esports. The scale of interest in the “Fight for Baskets” tournament and the number of industry awards exceeded our wildest expectations. So we decided to go ahead and start the recruitment based on CS:GO – explains Dariusz Grzeszczak, CEO of ERBUD Group.

The activation included a display campaign encouraging people to join ERBUD Group’s Discord server, where applicants are invited to learn about the company and its esports activities. - In ERBUD we began to use CS in the recruitment of candidates, both to strengthen our image as an employer and to build commitment among candidates, and at the same time to increase the attractiveness of the processes carried out by us and actually reach the best candidates. – clarifies Dagmara Sobolewska, HR Director in ERBUD Group.

This campaign by a leading Polish construction company is not only a tribute to the gaming passion of the applicants. The recruitment formula is designed to enable the company in getting to know its future employees even better. - Counter-Strike allows you to understand the candidate in aspects in which we are not able to get to know them during a traditional interview. Recruiters can learn about a candidate, how they handle pressure; how they communicate; how they convey plans or ideas for strategy – says Natalia Koperska, PhD, esports psychologist.

ERBUD is the first company from the construction industry that decided to enter the world of esports. Last year, the company became the title partner of University Esports - EDU, the university’s Counter-Strike league: Global Offensive and League of Legends. With the goal of reaching technical students and graduates, ERBUD has merged the offline and gaming worlds. It culminated in the CS:GO tournament “Fight for Baskets”. The outcome was the first employer branding campaign based on the metaverse phenomenon. The project received two Gold Clips, Silver and Bronze in the IAB MIXX Awards 2021 and Gold in the European edition of the competition. Meanwhile, at the beginning of this year, the brand engaged the esports community to address the spelling of the word “esport” through a campaign called #esportpiszemyjakerbud. 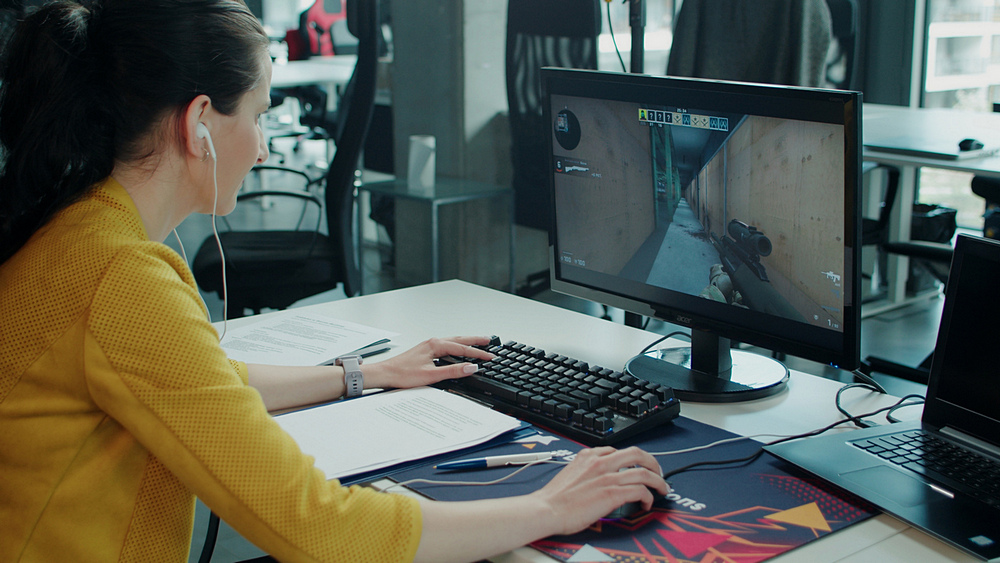