ERBUD - One of the World’s Best Employers

ERBUD was ranked in the “World’s Best Employers 2022’ list published by Forbes Magazine. The listing includes 800 companies from around the world that have been recognised as the world’s best employers based on a survey of 150,000 employees from 57 countries.

ERBUD was ranked in the “engineering, manufacturing” category and took 771st place. It is one of only six Polish companies to be included in the global ranking (alongside PGNiG, PKN Orlen, KGHM Polska Miedź, Amica Group and Bank Pekao).

– It makes me feel immense pride and satisfaction, this is an unbelievable distinction. ERBUD, as I always say, means the people. We already employ 3,000 people in Poland and Germany, and we nurture long-term relationships - several years’ or even decades’ seniority is no surprise. We encourage in-house promotions within the Group, we have talent programmes, invest in training at all levels, and have anti-discrimination procedures in place. In fact, we do everything possible to ensure that every employee enjoys their time with us. “A salary on time” is definitely not enough for a modern employer these days – emphasises Dariusz Grzeszczak, President of ERBUD S.A.

- ERBUD perfectly combines the standards of a corporation with a certain degree of family-owned company comforts. Not only our construction sites are solid, but also our relationships with the employees. Having a comprehensive onboarding programme in place, we are running a major internal project, the ERBUD Academy. While we promote leaders, we also support the vulnerable and those in need - the fact that we set up the Ukraine Relief Fund amounting to PLN 1.5 million in just three days is a testimony to our decision-making agility. We focus on transparent recruitment, we face the “customer”, we understand their needs - as the students enjoy playing computer games, we even play these games with them during job interviews. We operate an employee mentoring programme within our Foundation. We follow the best Scandinavian models and implement them in our Polish, somewhat stagnated construction industry. As the "Forbes" ranking reveals, with considerable success – states Dagmara Sobolewska, HR Director of the ERBUD Group.

ERBUD leads the way in numerous employer branding campaigns. During August this year, nearly 100 employees of Poland’s leading construction group jumped on bicycles and set off on a tour from Toruń to Warsaw in support of the ERBUD Wspólne Wyzwania Foundation. Each kilometre travelled was worth PLN 10. A total of PLN 91,195 went to the account of the Eryk Grzeszczak Foundation.

ERBUD actively challenges stereotypes in the labour market by promoting construction among the youngest. These activities resulted in a series of workshops entitled “Młode MajstERki”, aimed at girls. The campaign, under the patronage of the Warsaw University of Technology, was organised jointly with the Copernicus Science Centre.
With the aim of reaching technical students and graduates, ERBUD has merged the offline and gaming worlds. Its culmination was the CS:GO tournament “Walka o Koszyki”. This resulted in the first employer branding campaign based on the metaverse phenomenon. The implementation received two Gold Clips, Silver and Bronze in the 2021 IAB MIXX Awards and Gold in the European edition of the competition.

“World’s Best Employers 2022” represents the sixth edition of Forbes Magazine’s ranking, which was produced in collaboration with research company Statista. Respondents were asked, among other things, whether they would recommend their employers to friends and family. They were also asked to assess aspects such as the company’s image, development opportunities, equality or social activities. 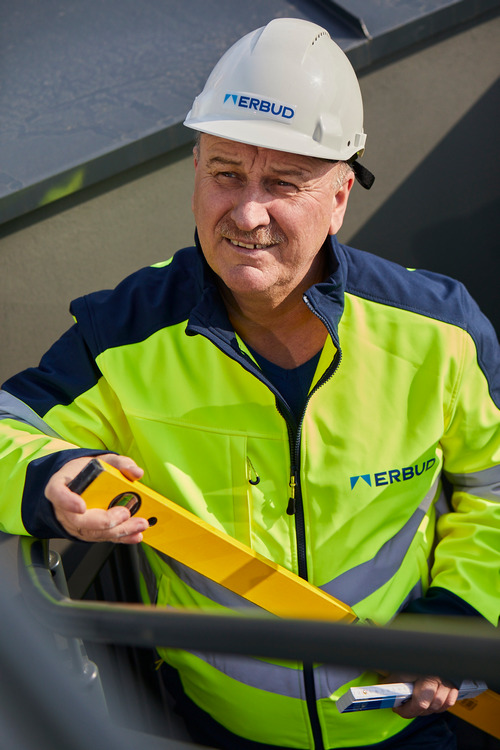