ERBUD Group is edging closer to launching a new business segment - the production of wooden modular buildings. Work at the Ostaszewo plant near Toruń has reached completion, and installation of the production line began a few days ago. Production of innovative building materials is scheduled to start in early 2023.

Under the ERBUD Group’s new business area, which is being developed under the MOD21 brand, the Group is planning to build large-scale modular buildings made of wood - hotels, office buildings, student dormitories, hospitals and public buildings. The modules used to build the facilities will be manufactured at the Ostaszewo plant. The Group intends to reach full capacity in 2026 and will then produce around 100,000 m2 of total module space per year. According to the project assumptions, in 2026 the Group’s new business segment is expected to generate around PLN 650 million in revenue, with a profitability of 5-8%. The plan for 2023 is to produce and sell modules with a total area of approximately 30,000 m2.

Investor acceptance of the production hall in Ołtarzewo took place in June this year. The building’s occupancy permit is scheduled for the beginning of the third quarter of this year. The 22,000 m2 plant is expected to meet high environmental standards and ultimately be energy-neutral and zero-emission. Installation of the production line, supplied by the German company WEINMANN, a world leader in the segment of plant equipment for prefabricated building materials, has already begun at the plant. The timetable for the investment assumes that the installation of the equipment and the commissioning of the plant will be completed later in 2022, enabling production to begin early next year.

The Ostaszewo plant will ultimately employ around 300 people. In the first stage of the project’s development, the plant will employ approximately 150 people. Around 20 per cent of the MOD21 team has already been recruited, with around 100 individuals joining the production team in October.

The MOD21 range of modular facilities is primarily aimed at German customers. The local market for modular facilities is currently estimated to be worth more than EUR 3 billion and is expected to triple over the next decade. According to the German Wood Industry Council (DWHR), wood modular construction is already expected to account for half of the construction market in Germany in 2050. Dariusz Grzeszczak, President of ERBUD S.A., highlights that modular construction using prefabricated elements from renewable materials will be one of the most dynamically developing segments of the construction market in the coming years.

– The EU’s green transformation plan for the European continent’s economy will drive the development not only of renewable energy sources, but also of products and services with a reduced, optimally near-zero carbon footprint in the years to come. Modular construction from sustainable renewable materials is also therefore doomed to success. The construction of facilities under this model is rapid, energy efficient and the facilities themselves, with high standards of construction, will be sustainable and energy efficient – comments Dariusz Grzeszczak.

Ecology has been embedded in the DNA of Poland’s leading construction group for a long time. ERBUD is committed to being a leader and trendsetter in the transformation process. One important step in this direction is the launch of the production of wooden modular buildings. In the opinion of experts, timber construction is the most appropriate direction for achieving climate neutrality in construction. As a reminder, this industry currently accounts for 38 per cent of CO2 emissions into the atmosphere. The ERBUD Group is also a leading participant in the Polish RES market. In 2021, the ONDE Group, which is part of the ERBUD CG, exceeded the historic threshold of 3 GW of equipment capacity on all wind and photovoltaic farms implemented since the company’s inception, and the year itself was a record-breaking one in terms of construction for RES: it ended with the implementation of 13 wind projects and 64 solar farms, with a total generation potential of almost 0.4 GW.

President Dariusz Grzeszczak indicates that modular construction from renewable materials was, among other things, the subject of some lively discussions at the recent strategy workshop “Reconstructing the future” in Rome, organised by Bauhaus der Erde and chaired by Professor Joachim Hans Schellnhuber - one of the main creators of the European “Green Deal”. Participants included Ursula von der Leyen, President of the European Commission, and Klara Geywitz, German Minister for Construction in Olaf Scholz’s cabinet. Dariusz Grzeszczak attended the above-mentioned workshop as a representative of the EU construction industry. 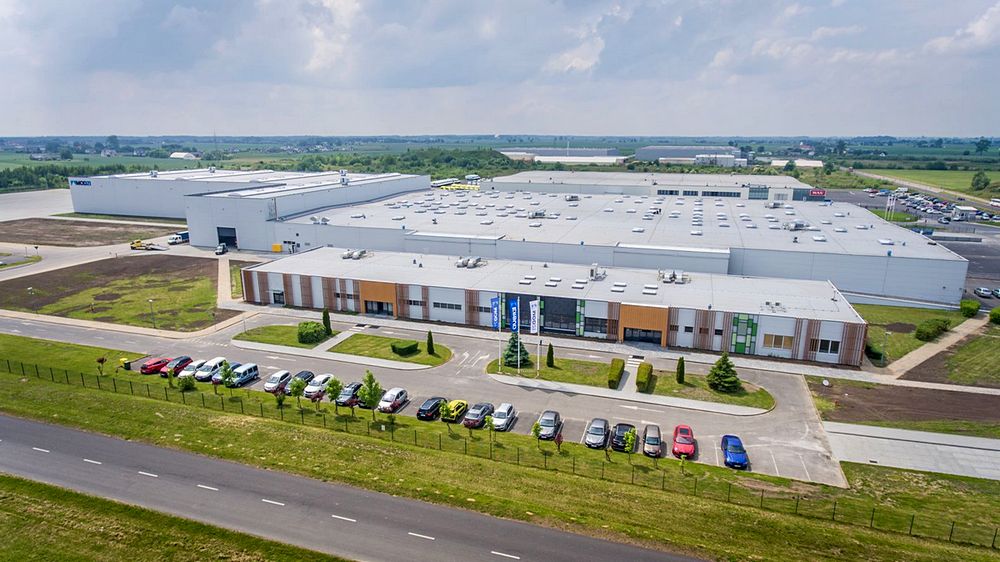